Presented by Madison Chiropractic and Wellness

Question: Just because something is common, does that make it normal?
Answer: NO!! And that’s the game-changer.

Here are some things you need to know:

Chronic health conditions are at an all-time high. Something needs to change. Divorce rates are skyrocketing. There is a better answer.

In a world of political correctness, someone needs to take a stand and bring people the information they desperately need to hear. Dr. Patrick Flynn, The Hormone Whisperer and founder of The Wellness Way Clinics, has decades of relentless study and experience in bringing people results. Not only clinically, but in their relationships as well.

Straight and to the point, and presented in a no-nonsense way. Dr. Patrick leaves attendees laughing, as well as empowered and motivated to take the next steps. This event will guide attendees to the best physical, emotional, and relational health of their lives.

*This event may be recorded.  Audience members may appear in the recorded footage.  By attending this event, you consent to your voice and or likeness being used, without compensation.  If we interview you for your feedback, a separate media release will be provided. 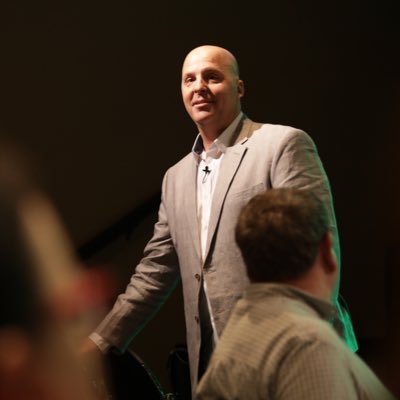 Dr. Patrick Flynn D.C., is the founder of The Wellness Way, as well as an international speaker and author, but still maintains that he is a “simple, country boy who loves what he does.” Dr. Flynn grew up in Crivitz, a small town in northern Wisconsin. He was inspired early in life to understand the human body when teachers labeled him as “troubled and hyper” (reflecting a modern day ADHD diagnosis). Rather than turning to medication, he turned to education, and as a thirteen-year-old boy he read numerous books his local library had to offer. Shortly after meeting his now wife, Christy, she informed him that she was unable to have children and his direction became clear: understanding hormones and the subject of fertility. Dr. Flynn continued his studies with greater passion and built his practice around achieving the best clinical outcomes for patients by testing for and addressing the reasons for dysfunction, rather than focusing on symptoms. As such, he has been able to successfully guide patients with a wide variety of clinical diagnoses to restored function. Now he and his wife have four beautiful daughters.

Dr. Miller is the best, he helped my wife more in one visit then 10 other doctors have over the last 10-15 years, I wish we would have found him sooner. Very caring and , compassionate you can tell he really cares about you getting healthy.

My family and I have been patients of Dr. Miller for almost 11 years. He and his team are the best. If you are looking for a Chiropractor that will give you the tools to live your best life, look no further!!! Call and make an appointment today!!

Entrance fee is $10 if you pay in advance, $15 at the door.
Sign up now and you will receive an SMS text message with more information.